I love bread. It is not only delicious, but it really connects with me spiritually. There is something about making bread from scratch that warms my heart. I think about it as an ancient food that has been eaten since the discovery of grain. It is a staple food, and one that brings families together. It is filling, it goes well with everything, and it makes just about everyone happy. I have a two part recipe for you today- one is for a simple fluffy loaf of delicious white bread, and another is cinnamon raisin bread. Both loaves come from the same dough recipe, so if you choose to forego the cinnamon raisin part- you will still end up with two loaves of delicious bread. Enjoy!

To start, empty the packet of yeast into a mixing bowl. Dissolve the 1/4 cup of sugar into the warm water (really try and get it between 100-110*F-otherwise the yeast will not activate properly). Pour the water over the yeast and give it about 5 minutes to sit. It should activate and look like a little fireworks show in the water. If you walk up and it just looks like the bottom right photo I have right here- you missed the show, but don’t worry, it activated while you weren’t looking! If the yeast does not activate, the water was either not warm enough, or it was too hot. 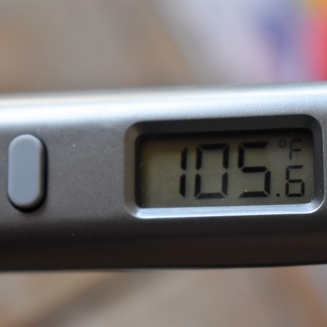 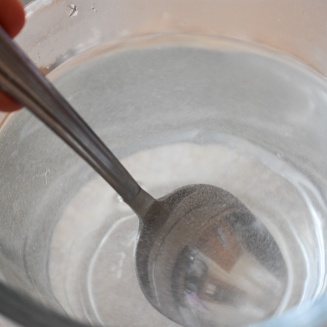 Once the yeast has activated, go ahead and add in the 1/4 cup of canola oil, 5 1/2 cups of flour, and 1 1/2 tsp of salt. If you’re using a stand mixer, attach the dough hook and mix on low until it all comes together on the hook. If it is too sticky, add in 1 tbsp of flour at a time until it is just right. If you are using a bowl and spoon (or your hands), mix it together until it starts to form a ball. Same rule applies if it is too sticky. 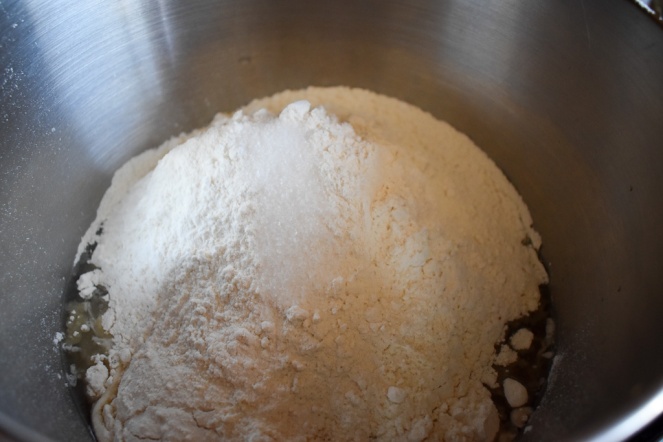 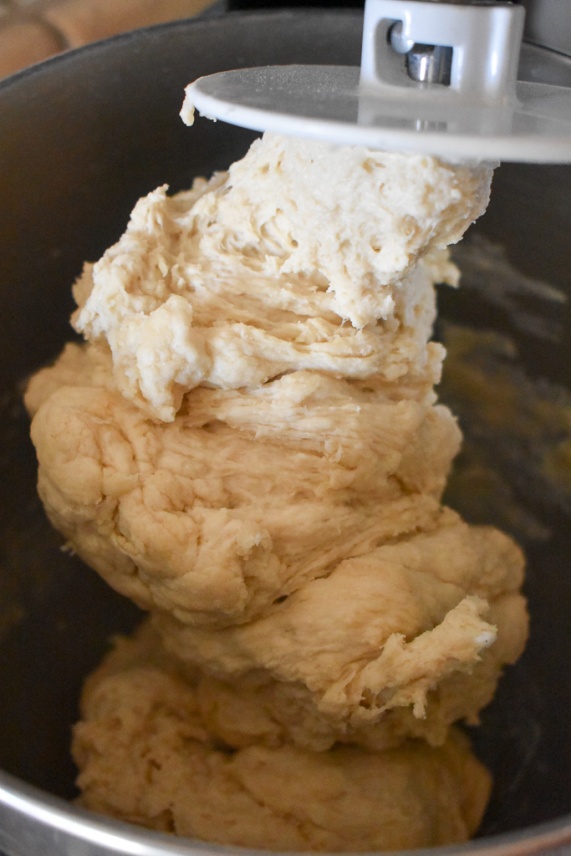 Go ahead and flour a flat surface with a sprinkle of the remaining bread flour. Turn the dough out onto the surface and give it a sprinkle of flour on top. Knead with your hands for 3-4 minutes and shape into a ball. Put the ball of dough into a well-oiled bowl. Cover with plastic wrap, or a towel, and let it rise for 1 hour until doubled in size. 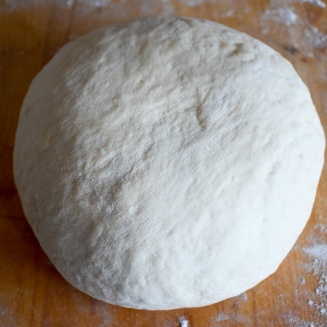 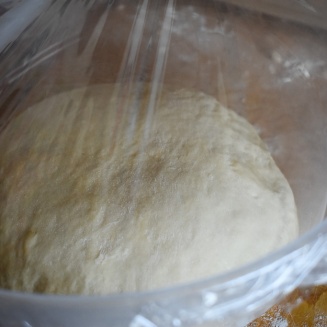 Once the dough has doubled in size, go ahead and prep for the next few steps. Lightly spray your loaf pans with non-stick spray (or manually oil them with canola oil). Re-flour your kneading surface. Mix together the butter, sugar, and cinnamon for the cinnamon raisin bread until it looks like a creamy spread. If you don’t want to make the cinnamon raisin bread, just move along to the loaf making process. 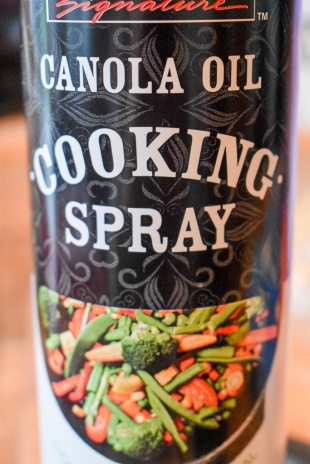 Punch the dough down and begin folding it in on itself. You will notice that it is a bit oily and has a lot of air in it. This is a good thing! Once you have it in a ball, turn it out onto the floured surface and give it a good knead. You might need to sprinkle a bit more flour on it to keep it from sticking to the surface. Go ahead and split the dough in half. Knead one ball of dough for another 1-2 minutes, and then shape it into a loaf by forming it into a log. Place this into a loaf pan.

For the cinnamon raisin bread, roll out the other ball of dough until it is about 1/2 inch thick. Spread the cinnamon, sugar, and butter mixture all over. Top with raisins. Roll into a loaf shape and tuck into the loaf pan. Cover the loaf pans and let rise for 1 hour until almost doubled in size. 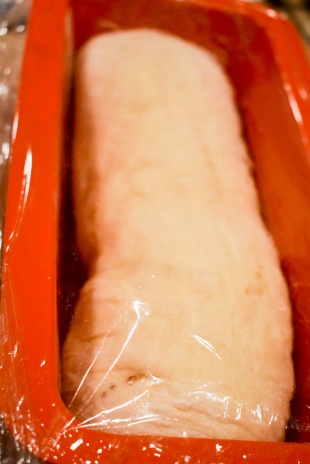 Preheat the oven to 350*F when you’ve got about 20 minutes left on the second rise. For the loaf of white bread, I take a serrated knife and score it into a criss-cross pattern. For the cinnamon raisin bread, I brush it with an egg wash on top. Beat an egg with 1 tsp of milk until scrambled. Brush it on the top of the loaf. This is what gives bread and pastries that nice shiny color. You can do this to the other loaf as well. Up to you!

Put the loaves into the oven and bake for 30 minutes exactly. When the time is up, remove them from the oven and turn them out of their pans onto a surface to cool. Make sure they are mostly cooled before you cut into them. A lot of breads will collapse if you don’t let them cool properly. Serve them up with butter, jelly, preserves, etc. Both of these breads are delicious by themselves, too.

Once they are cut, store them at room temp in a sealed bag or wrapped in a small towel. These breads will stale easily if left exposed to air. If you want to freeze a loaf or two for later, pop each one in a gallon freezer bag and freeze it for up to six months. Thaw on the counter for a couple hours before using.

This bread is easy to make, and I thoroughly enjoy the process. I make it quite often and typically keep a loaf in the freezer until its time for me to make more. I am a huge fan of cinnamon raisin bread, and what’s great about this dough is that you can cut it into cinnamon rolls! You can also make your own variations with different dried fruits, spreads, nuts, etc. This dough is quite versatile.

I hope you love this recipe. If you make it, please leave me some feedback. I love hearing how my recipes have worked for you! I also hope that your Lenten season is bringing you closer to God. I just finished reading Scott Hahn’s book The Fourth Cup yesterday. It was amazing, and I highly recommend it!

As always, thank you for your support. If you don’t already, give me a follow over at @thecatholickitchen on Instagram.

Lots of love and many blessings,

Our Father, who art in heaven, hallowed be thy name; thy kingdom come; thy will be done on earth as it is in heaven. Give us this day our daily bread; and forgive us our trespasses as we forgive those who trespass against us; and lead us not into temptation, but deliver us from evil.
For the kingdom, the power, and the glory are yours now and for ever.
Amen.

View all posts by thecatholickitchen

2 thoughts on “Our Daily Bread”

Have you heard of Berkey?